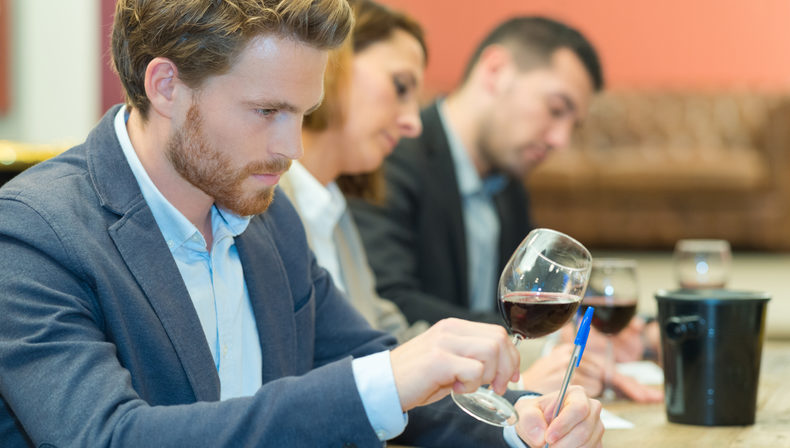 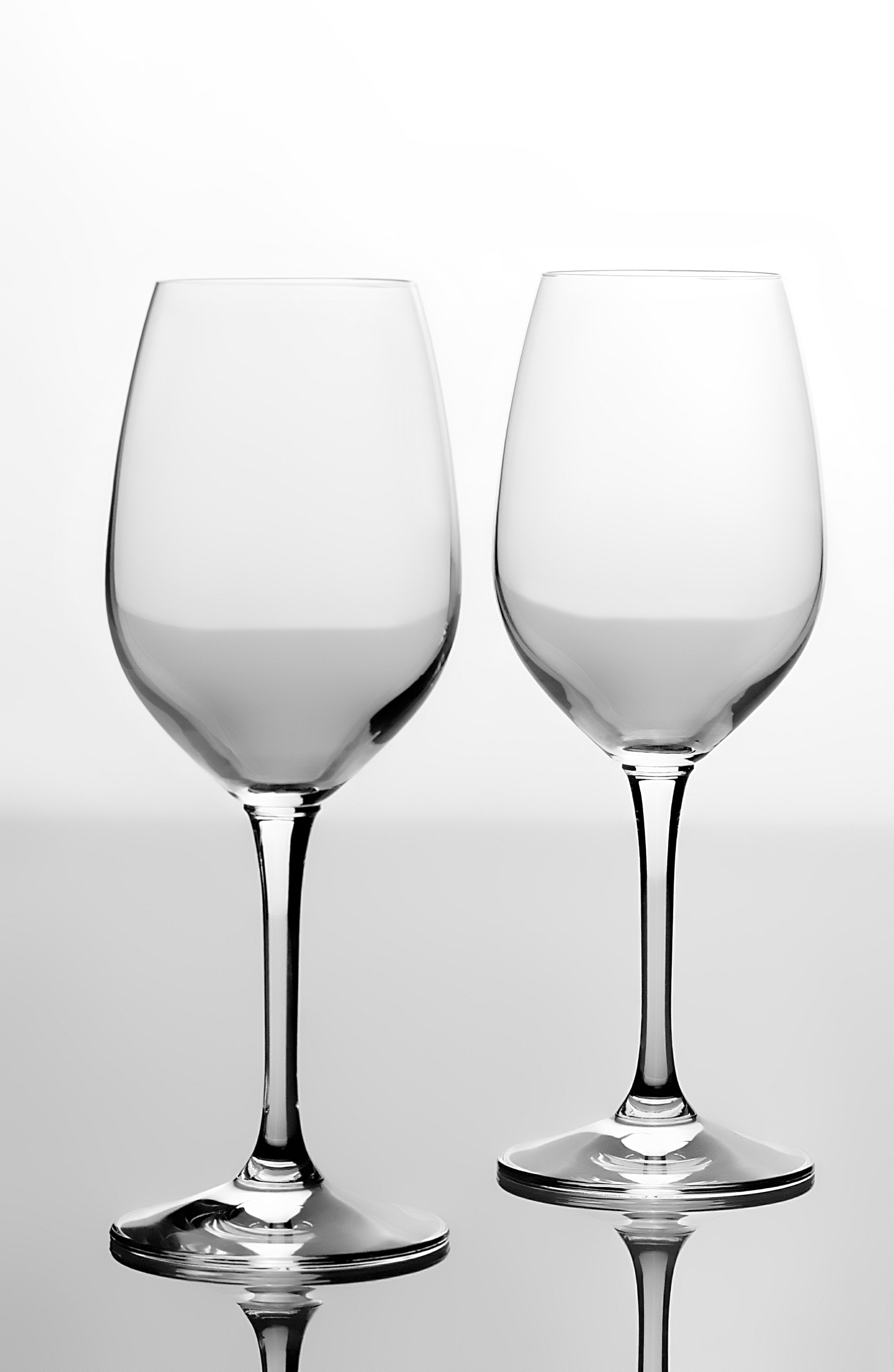 2. Decide on a venue 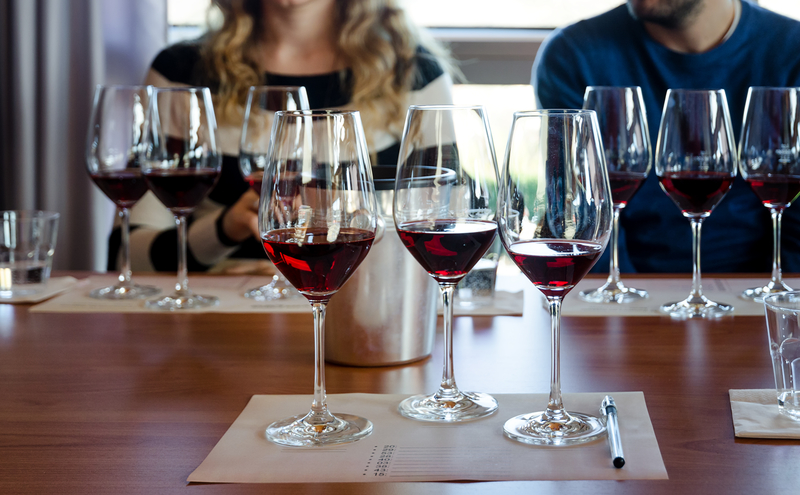 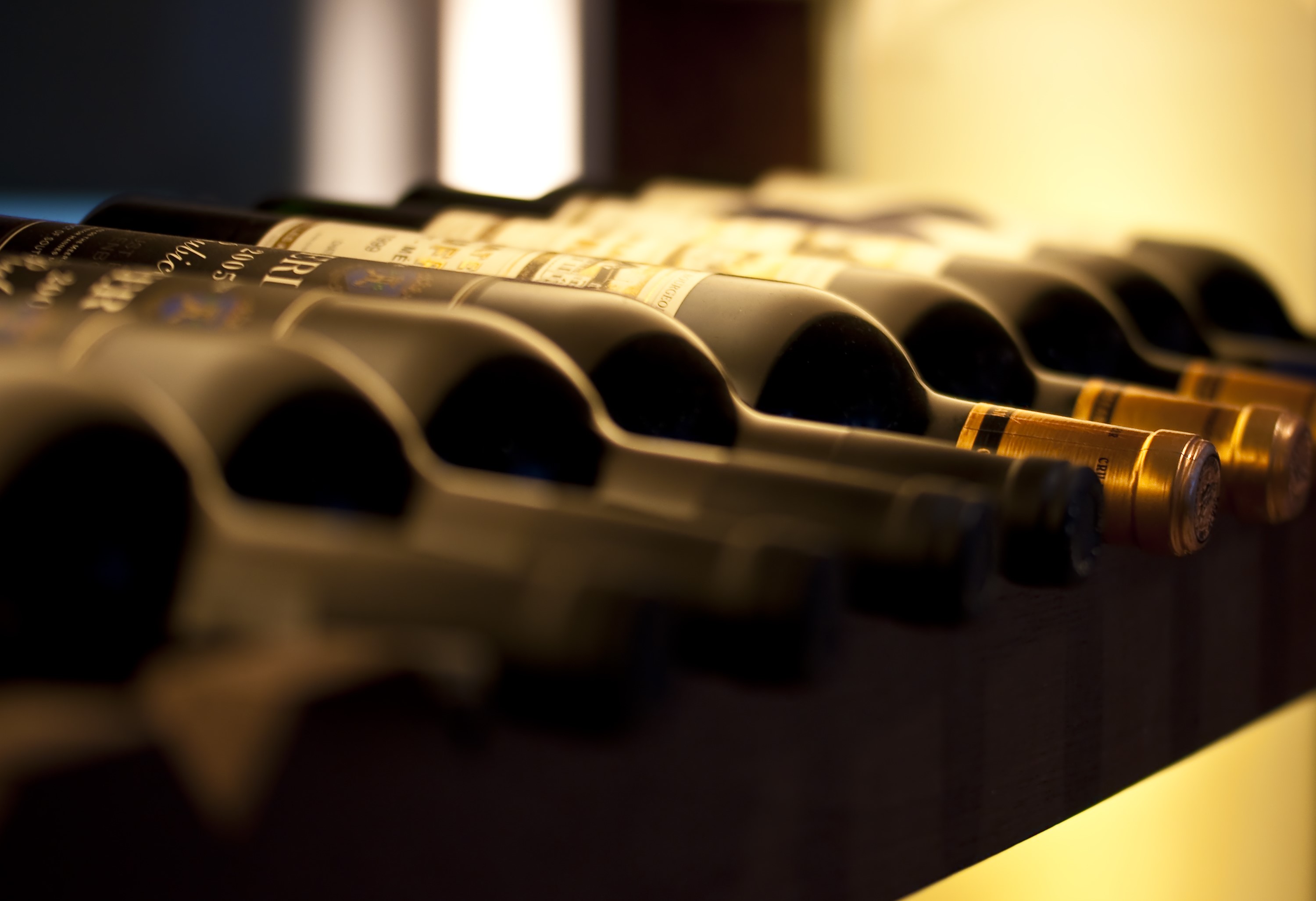 Decide on a theme and the variety of wines within that theme, then make a list of wines to buy. There are many themes you can work with. If your group consists mostly of beginners, stay with a simple theme such as a tasting of major whites or major reds. In general, 4-6 wines is sufficient to cover most themes.

A few suggestions for a theme: 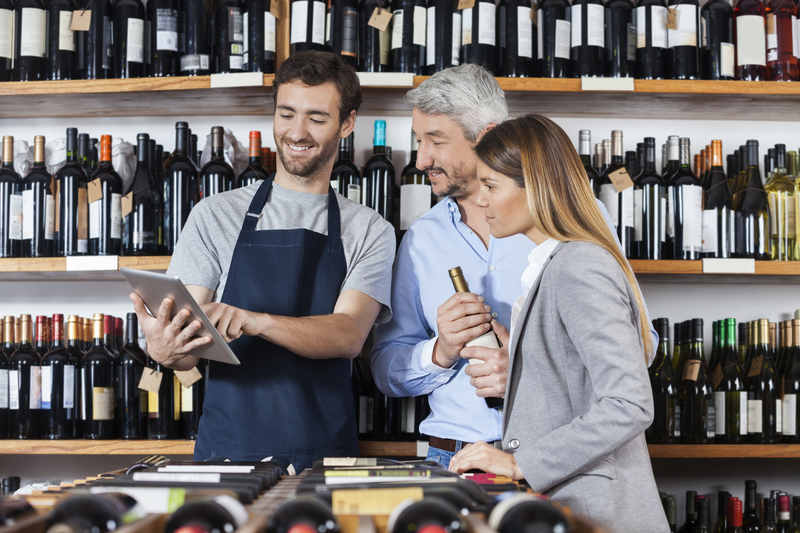 Go to your local store with your list, let them know what your budget is and ask them to recommend a few classic producers that make a typical style of each wine you’d like to buy. Explain that you are not necessarily looking for the most popular, or the best tasting wines but the most typical examples of each type of wine. For example, for a Burgundy, a deeper-colored, fuller-bodied style may be their best seller but the typical red Burgundy style is a lighter, more elegant wine and that’s the one you want to buy.

5. The day of the tasting 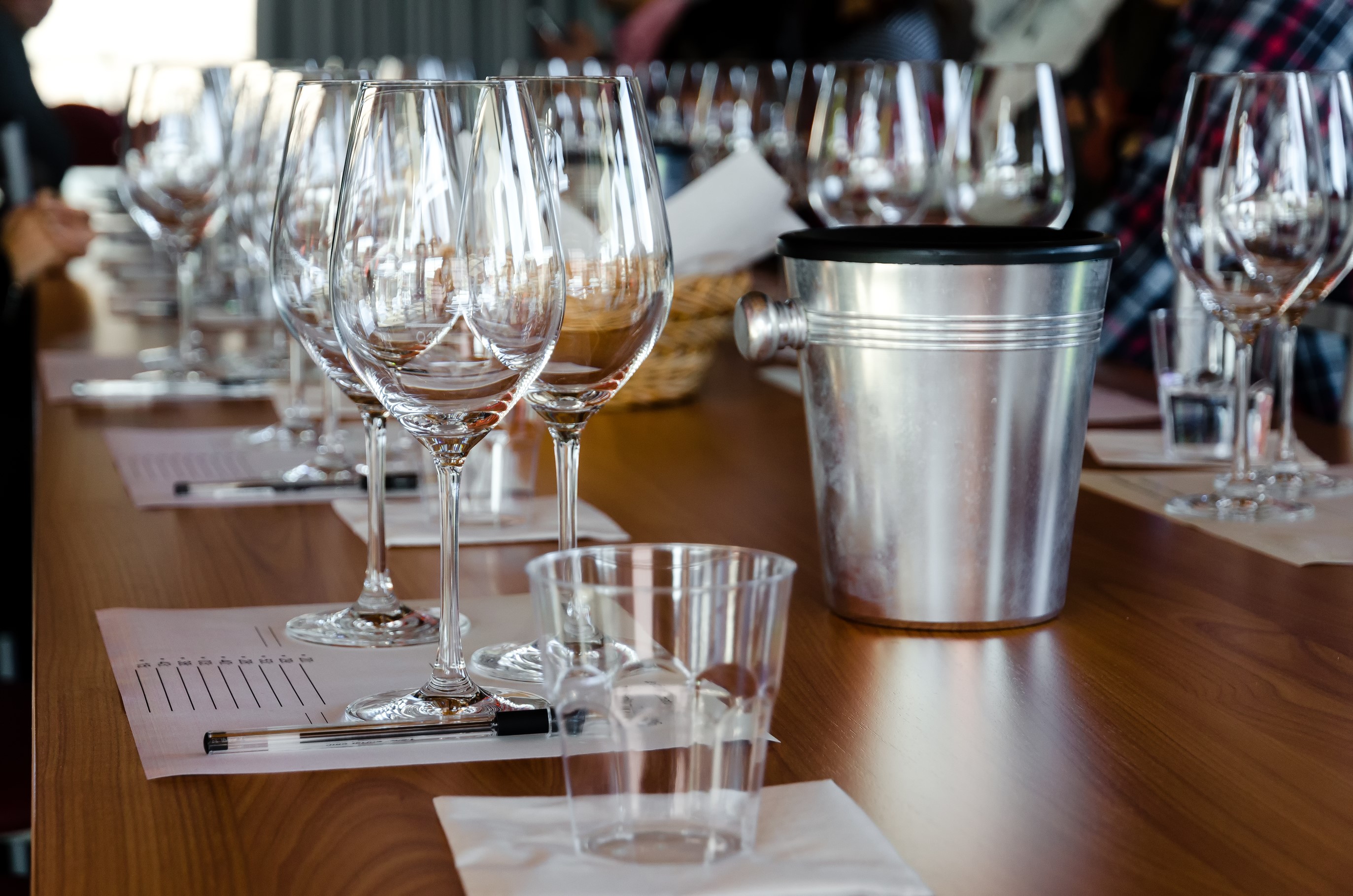 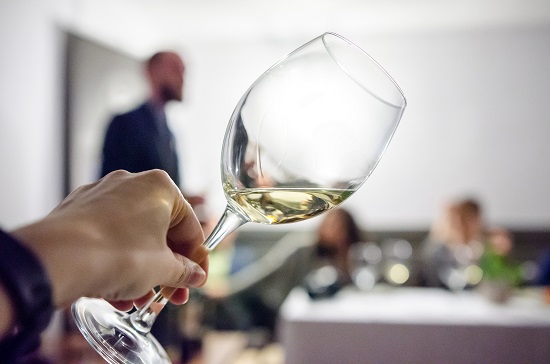 1. Do I need to drink water between the wines?
Generally no. It is a good idea to rinse your palate with water and to have a piece of neutral cracker or bread when going from a strongly flavored wine to a more subtle one. For example, you might want to do that if you are tasting a dry wine after a sweet wine or a lighter bodied white wine after a big, oaky red wine. But if you constantly rinse your mouth through the tasting, you’ll find it more difficult to compare the wines accurately.

2. At what temperature should I serve the wines?

Since you’ll be tasting all the wines together, inevitably all the wines will end up at room temperature in a short time. Still, you might want to chill and even a little bit overchill the whites before the tasting. If your tasting environment is somewhat warm, you can slightly chill the reds as well.

If you have some wines that will be very hard to taste without decanting, then yes. That would be something like a young Barolo or a young concentrated Bordeaux etc. If you have more than one wine to be decanted but have, say, only one decanter, you can go with double-decanting – emptying the wine into a decanter, letting it sit for a few minutes and then pouring the wine back into its original (rinsed) bottle.

4. What should I and my group conclude from a tasting?
The conclusion of the tasting will depend on your theme. If your theme was ‘major white varieties’, you may come to the conclusion that Sauvignon Blanc and Riesling are both high in acidity, and Sauvignon Blanc has more of a grassy character; if it was a single varietal theme such as ‘Pinot Noir’ you may find that the Pinot Noirs from California have higher alcohol and riper flavors than those from France etc. You don’t have to work on a lot of details in the beginning. Keep your observations simple and note them down. If you keep doing this regularly, you’ll be amazed at your progress even in a short time.

At a recent dinner with Felipe Tosso, Chief Winemaker at Ventisquero, we started with the 2013 Sauvignon Blanc Reserva from Casablanca Valley. The wine had the typical savory and citrusy aromatics and crisp acidity of Sauvignon Blanc without overwhelming the palate. Tosso calls 2013 “his coolest vintage ever” and he has been making wine in Chile for over 20 years.

Ventisquero is a Chilean winery that started production in 2000. Felipe Tosso comes with a winemaking experience of many regions both in the Old World and the New, having spent most of his time at Concha y Toro again in Chile. John Duval, one of the previous winemakers for the legendary Penfolds Grange also  works with the team at Ventisquero on a few of the projects.

At our meeting, next came the 2011 Grey Pinot Noir from Leyda Valley. This wine retails at about $20 and I was pleasantly surprised by its forest floor, damp earth aromas combined with its ample ripe red berry fruit. It had a Burgundian note without giving up on the new world fruit. At that price range there are too many New World Pinot Noirs that either show overly ripe, candied fruit or are simply too dilute. Grey Pinot Noir showed a beautiful balance with its fruit and structure. 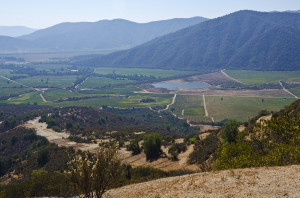 Leyda Valley, where the Grey Pinot Noir comes from, is a cool climate area of Chile due to its coastal location. Tosso explained that the mesoclimate “changes a little bit for every 4-5 miles of distance from the ocean,” with the coolest areas being the ones closest to the ocean.

As many readers are probably aware, Grenache, Syrah and Mourvedre varieties are often blended together, originally in the Rhone Valley and now in many locations of the world, including Australia. Tosso makes a GCM blend, replacing Syrah with Carignan. We tasted Ventisquero’s 2012 Grey GCM from the Apalta region of Colchagua Valley. GCM displayed the roasted strawberry fruit of Grenache and the spiciness of Mourvedre and had an elegant finish. As the rest of the Grey line, the GCM also retails at around $20.

For the Grey GCM they use small (1-2 ton) open top fermenters and employ manual punch downs to submerge the cap. The post-fermentation maceration is short (2-3 days) which probably contributes to the elegant texture of this wine. No new oak but only 100% French old oak barrels are used.

Then came the 2010 Grey Carménère from Maipo Valley. I find that some Chilean Carménères struggle to find the balance between their dark weedy, coffee notes and their blackberry, black cherry notes, the former being sometimes too dominant. This one was clean and had well-defined, focused fruit and a freshness in the finish. For this vintage, Tosso added 4% of Petit Verdot, a variety that makes itself apparent with its spicy aromas even in small amounts. At around $20 retail, it is not the cheapest (nor the most expensive) Carménère  you can find, but it is well-worth the extra few bucks.

If you like Cabernet Sauvignon with plenty of lush blackcurrant, blackberry fruit but are a bit weary of the overripeness or the ample oak in some New World examples, try the 2010 Grey Cabernet Sauvignon from Maipo Valley, Chile’s mecca for Cabernet Sauvignon. It is full of fruit without being overwhelming and has a freshness that makes it very food-friendly.

We tasted the two higher end wines Vertice and Enclave at the end.  The 2009 Vertice is a blend of Carménère and Syrah, about half of each, and comes from Apalta in Colchagua Valley. The 2010 Enclave is a Bordeaux blend, mostly Cabernet Sauvignon and hails from Pirque in Maipo Valley. While the Enclave retails about twice as much as the Vertice (approx $60 vs. $35), I found the Vertice to be fresher and more approachable. Enclave needs more time in the bottle for the oak to integrate and the flavors to open up. Staying in the glass for about an hour did well for Enclave during our tasting as it quickly evolved to reveal more of its ripe black fruit and cedar notes. The ripe but grippy tannins are a testament to its high altitude origins as it comes from the highest vineyards in Maipo at about 2,000 ft.

For me, the Grey Pinot Noir was the wine of the tasting, especially considering its price. Following that closely is the Grey Carménère. The Pinot is a ‘must try’ if you are a fan of this grape. Grey Pinot Noir may also come in handy as a good ‘ringer’ for a Bourgogne Rouge or Oregon example if you are one to frequent blind tastings.

The Grey Carménère is a beautiful every day wine for the big red wine enthusiast who would like to venture out into new varieties without getting too far away from the shore. 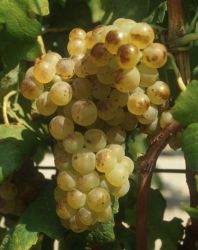 Friend and colleague Andy Chalk organized a tasting of 12 Texas Roussannes this weekend and I was one of the lucky attendees. So far, I had only tasted Texas Roussannes here and there when I went out to dinner in Dallas restaurants but I do remember thinking a couple of times whether Roussanne could actually be the grape variety for Texas.

At today’s tasting there was great variability, both among the styles and the quality levels. A few wines showed way too low levels of acidity turning them into super-round, weighty blobs on the palate,  and two of them had disturbingly high phenolic bitterness in the finish. On the other hand, there were some that were fresh and enticing, perfect accompaniment for fuller flavored seafood dishes. You could easily replace a mediocre New World Chardonnay with a decent Texas Roussanne and be the happier for it.

Below is what I liked.

2012 Arche, Vintner’s Reserve Oswald Vineyard, THP: Its most attractive aspect is the fresh, although not particularly high acidity combined with its ripe fruit. It has a slight oxidative character with dried apricots, dried hay, white tea leaves, apple cider and jackfruit. The presence of fruit is very well balanced with the complexity added by its oxidative notes; a waxy texture and a persistent minerality in the finish render it all the more interesting. (90 points)

2012 McPherson Cellars, Texas: A true to type Roussanne, with everything that is expected from this grape variety: nectarine, honeysuckle, orange blossoms, herbal tea and almond notes, a granite-like minerality in the finish and the signature waxy texture of Roussanne. This one wins the palates by its freshness of fruit and medium plus acidity. I would serve this as a benchmark Texas Roussanne for an out-of-state guest. (88 points)

2012 Barking Rocks, Oswald Vineyard, THP: If you have some seared scallops to pair, this is your wine. Cider, hazelnut, dried apricots, and honey notes on the slightly oxidative (in a good way) nose. The acidity is medium plus adding some freshness that is certainly something to be appreciated in a Roussanne. (88 points)

You can find a detailed discussion of the tasting and all the wines that were included at Andy Chalk’s CraveDFW article.